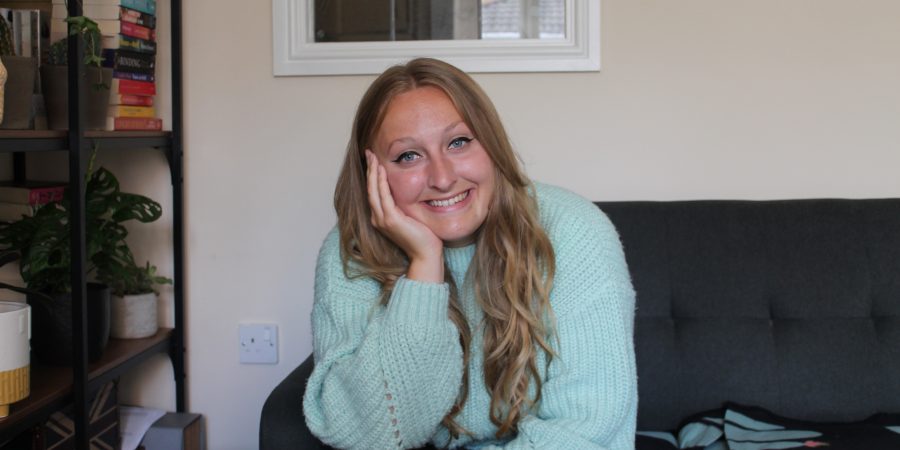 It’s a Saturday and it’s lockdown number two and plans for a socially distanced walk have been scuppered by the tentative, British November weather. The tentative, British November weather that means, by the time you’ve finished writing a message to your friend to say ‘It’s stopped raining!’, you’re interrupted by the pitter patter I used to romanticise – there’s nothing like staying in and watching a film while it’s raining outside, I’d say.

Except it’s 2020 and, like a lot of people, I’m really underwhelmed by this ‘staying in and watching a film’ thing.

Even so, here I am, staying in and watching a film.

Of course, I am lucky to even have the option to stay inside, to stay safe and to be in from the cold. So I change from my ‘Going to see a friend’ clothes and into the leggings that saw me through lockdown number one; I make a tea with the final 50ml of milk left in the fridge and I switch on the TV, settling into the sofa for the afternoon.

I’ve been watching a lot of romantic comedies recently. The good ones. You’ve Got Mail; Sleepless in Seattle; When Harry Met Sally. The good ones always have Meg Ryan in. And probably Tom Hanks too.

It’s what the chill in the air does to me. My rational side knows it’s too early to whip out Love Actually or The Holiday, so I opt for any rom-com that was released within ten years either side of my year of birth. That seems to be a pretty solid indicator of whether or not a rom-com will be any good. There’s potentially no substance in this hypothesis but it hasn’t failed me so far.

But I’m not stopping after my Ryan-Hanks spree. I’ve got at least three Hugh Grant classics to get through before I can allow myself to flick the switch and to dive, santa-hat first into the fairy-lit Christmas selection on Netflix.

Last lockdown I learnt the VLOOKUP function on Excel, started trying to learn German again and, eventually, understood how to successfully join a Zoom call. This lockdown I’m putting all of this in the past – especially the Zoom calls- and dedicating most, if not all of my free time to the wonderful, albeit pretty problematic, genre of rom-coms.

That’s why, this Saturday afternoon, I sat in front of the TV, making my way through the Hugh Grant portion of films made between 1986 and 2006.

And since the weather isn’t looking too promising tomorrow, I guess it’s time to watch Love Actually.