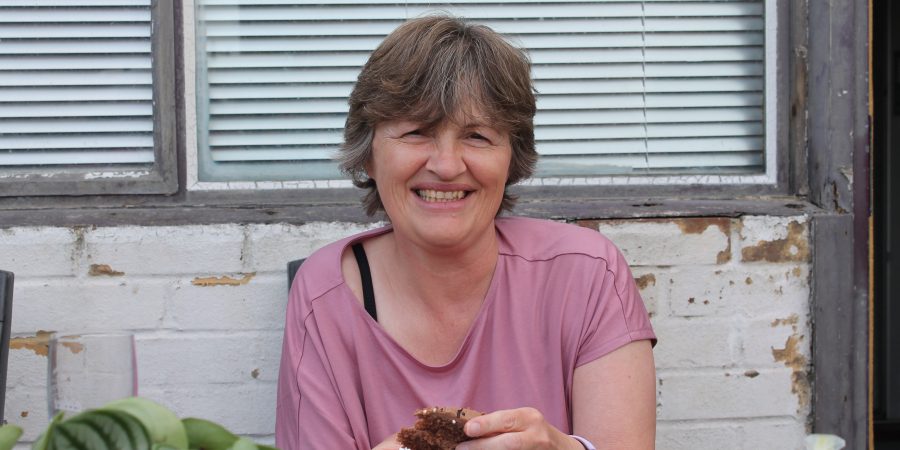 “What happened when a French chef ended up working in an Italian?” I looked at my brother. “He made spaguettes.” Jordan grinned. “What course did the Italian sign up to because he had an interest in language?” This time I looked at my mum, willing her to make it stop, but Jordan had cycled 70 miles to see her on her birthday. Alas, she ignored my glare and encouraged him to go on. “Linguine-istics.”

“You need to take a course in linguine-istics if it’ll help you understand how to form a half decent joke,” I retorted.

“What did the Italian chef-“

This Sunday was a little different to other Sundays of late. I spent the day prior wrapping presents (and earning a papercut in the eye), baking a chocolate cake that was more buttercream than cake, and trying to keep quiet about a little surprise my brother had in store. Jordan might have won some kind of Best Child Award on Sunday (confirmed when I saw my mum sliding him a handmade certificate on the not-so-sly), but I want to balance out his impressive Strava entry, before I go on, by assuring you, reader, that I’ve seen Jordan eat whole six-packets of Bakewell tarts and mince pies across a couple of sittings in one day before. Best son? Yes. Best athletic diet? Not quite.

I slept sparingly the night before, waking up early with Christmas day vibes jingling through my veins. As I got ready I tracked my brother’s cycle that had commenced at 6AM, to make sure we got to my parents’ at the same time and to ensure he wasn’t taking any pastry-filled breaks to delay our celebrations. Soon enough I was parked up and getting out of my car to witness Jordan’s arrival. We walked the long way round to the house, ducking and scurrying where necessary to make sure there was no chance my mum might see her birthday surprise before she should.

I rung on the doorbell, standing back, my brother two metres to my right.

“Happy birthday!” we sung and my mum grinned at me before looking at my brother, taking her glasses off to make sure it was really him. It seemed an illogical way of confirming identity but, through blurred vision, she nodded, confused but smiley. It was, indeed, her son.

We spent the day exchanging gifts, eating pie and entertaining my brother’s half hourly remarks about needing to nap. With the hope to liven up the party, I reclaimed my role as Quizmaster Queen. I had pulled together a couple of rounds of questions from online where the aim of the game was to guess what the biscuit (round one) or the UK city (round two) was from a clue.

We made our way through the first round:

“Number one; your body’s internal system,” I said, knowingly.

My live audience was quiet; studious, in fact.

“Number two,” I prefaced, a smug grin letting them know that I knew I was doing a good job. “A drink with a high salary.”

“Number three,” I soon continued. “Half a loaf.”

Heads were hung as they typed their guesses onto their phones. “You guys seem to be getting the hang of this,” I cooed, impressed.

“I’ve just been writing down the clues,” Aaron shrugged.

“Yeah, I’ve not guessed any yet,” Jordan grunted, looking more exhausted than five minutes before.

I shrunk back into my seat. “Lucky people get out of the way,” I hinted, half-heartedly this time, to a crowd of shaking heads.

Sunday was a welcomed slice of normality, as we basked in an unexpectedly warm afternoon and took selfies from a two metre distance. I forced my family to listen to my noughties playlist, ordering them to guess each song from the first ten seconds of each throwback hit. As we listened to Dido and Daniel Powter, I watched Jordan take a second slice of cake, pop a Lindt salted caramel ball into his mouth and accept the offer of a Bounty bar. The world might be a bit upside down right now but nothing was all that different in the Terry garden this Sunday.

2 Replies to “The garden party”