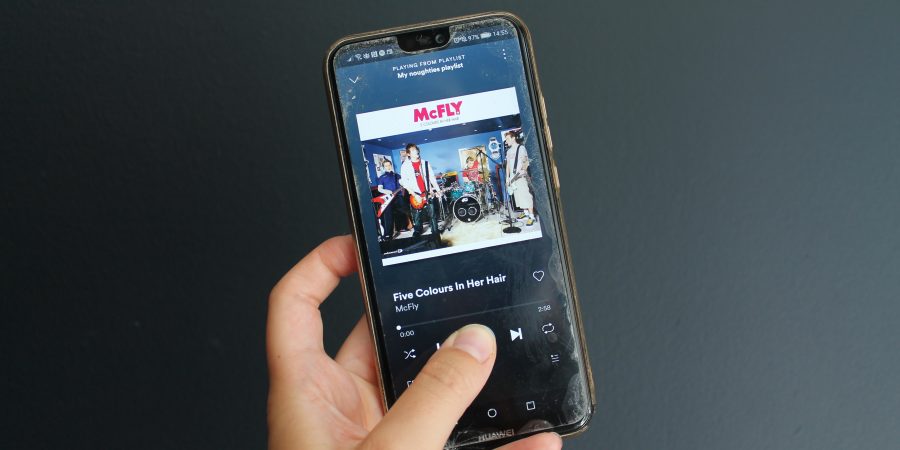 As I sat across from the car salesman and he told me my shiny blue 69 plate would not, in fact, have a CD player, looking smug as he said something about bluetooth, I gasped. What about my Now That’s What I Call Music! collection? “You’re the first young person to want a CD player.” I hadn’t realised I’d asked this out loud but I wasn’t really listening to his response as I weighed up the pros and cons of not signing on the dotted line, instead committing to another year with my 20 year old Peugeot 206 that had no petrol gauge, was deemed unsuitable for the motorway and, more than once, sported a speedometer that lagged about 15mph below my actual speed, causing me to endure mental arithmetic on the occasional morning commute.

Common sense prevailed and I walked straight out of there, sliding ‘Pop Idol: The Idols’ into the system. I’m kidding; it was mid January and this CD is a compilation of Christmas songs (The Xmas Factor) that wouldn’t be coming out for another nine months, at least.

What actually happened was I sulked for thirty seconds and my mum glared at me and said, through smiley, gritted teeth, “You will love it, I promise.” Flash forward about five months and only a thousand miles on the clock – Coronavirus holding me accountable to the 6,000 miles I signed up for – and I am a convert. On the rare occasion I get to enjoy a functioning dashboard and brakes so sensitive I actually thought the car was broken when I test drove it, I either opt for the latest Bryony Gordon’s Mad World episode or my musicals-inspired playlist, named, iconically, ‘Musicals’.

As I set up my car for a sunny return journey from the shops earlier this week, I selected a noughties playlist, childishly excited to come out of my cage and cry a river. But instead of playing backing singer for Brandon Flowers or JT, my journey’s soundtrack consisted of debut solo singles from member after member of broken up boybands from the last five to ten years. I’d been robbed of some of the greatest girlbands and most iconic one hit wonders of all time, and I shook my head at the playlist all the way home.

Not a quitter, I made my own Spotify playlist, selecting songs from my noughties to ensure the next summery drive was a tribute to my childhood. I have to preface that my noughties was not particularly stylish (she says, memories of a Sony purple personal CD player resting on the bottoms of my two-piece purple velvet tracksuit), but, without further Agadoo (not a 00s classic, but my absolute favourite sixth birthday party jam), I present you with my noughties anthology and associated memories.

1. Escape by Enrique Iglesias: If I close my eyes, the twangy opening bars to this 2002 melody takes me back to sitting in the back of the OG family Peugeot 206 with my brother, as my mum drove us to our tennis lessons every Saturday morning, or to my first and only tennis tournament where I came second place. And yes, there were only two participants.

2. Evergreen by Will Young: One of my first ever memories of noughties music was the heartbreak that ensued following the final of the first season of Pop Idol which, incidentally, took place on my sixth birthday. It was the birthday my brother gifted me with my now oldest and dirtiest cuddly toy, Snowie, and we threw a birthday party at home with all my friends, the most important banner in the living room reading, ‘Vote Gareth Gates tonight!’.

3. I’m Not a Girl, Not Yet a Woman by Britney Spears & 4. Sk8er Boy by Avril Lavigne: My first understanding that one day my brother would one day be buying stuffed animals from Woolworths for other girls.

5. All the Things She Said by t.A.T.u: My first understanding of same sex relationships; an ‘understanding’ that kids of today will hopefully now have in the same way I did of heterosexual relationships from the word ‘go’.

6. Hey! Baby by DJ Otzi: An absolute birthday party classic whereby we all pretended to walk down the street, hoping we were the kind of girls you’d like to meet.

7. These Words by Natasha Bedingfield & 8. Stop by Jamelia: Only two syllables are needed to describe my favourite memories attributed to these songs and they are two syllables that will make any noughties parent cringe: SingStar.

9. 5 Colours in Her Hair by McFly: I remember watching the video for McFly’s debut single for the first time, with my then best friend who was ‘more of a Busted girl’. As soon as the video ended, I had forgotten my allegiance to pop group Blue, my one love now in the hands of Tom, Danny, Dougie & Harry.

10. Hung Up by Madonna: In a music assembly of kids screeching on violins and whistling into recorders, be the oddball that turns up with her own keyboard, commanding a programmed backing track to start with the very first chord of Hung Up. It’s safe to say I felt like a rockstar when the beat ended and my mum gave me a standing ovation from the back of the room.

Brb, off to practice my Alicia Keys riffs.

2 Replies to “My noughties playlist”