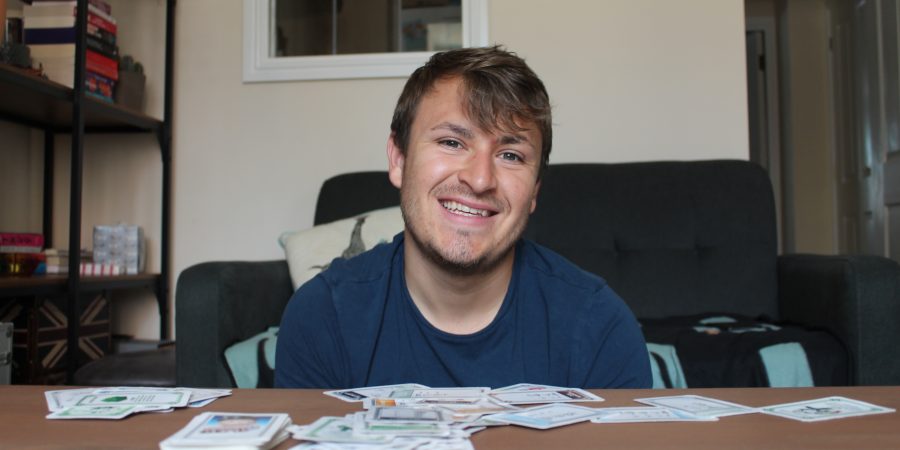 “What shall we do today?” I used to ask Aaron every Sunday morning, as we begun the final day of the week together, having forgotten once again to make any plans for our one mutual day off.

This would go on for a while, as we indecisively flicked between ideas
– the cinema, shopping or lunch out – that we didn’t find particularly inspiring. We would say “I don’t mind” three or four more times each before one of us snapped. We inevitably saw a new film, window shopped or found a nearby lunch deal.

It’s Sunday again; our, now, third mutual day off of the week. We have the Rocketman soundtrack spinning in the background as we snack on crisps and I deal out the possibly hundredth game of Monopoly Deal this afternoon.

We talk about Sundays BC, Before Corona. The ones we did right. Of going to a Mexican in Bournemouth; a restaurant we have repeatedly reminisced about over the last couple of months. We speak about the first bite into their pork belly taco; the silent nod between us to confirm we would be ordering another plate as a matter of urgency. I fight for their prawn tacos; a joint favourite for me. Aaron protests that I am wrong; that I have forgotten the taste of the definitely superior pork belly tacos.

We talk about the tequila we order each time, even though neither of us really likes it. I laugh about our first trip where we didn’t exercise portion control and Aaron left the restaurant, repeatedly muttering, “I have never been this full in my life”, and, “If anyone pokes me in the belly button, I am going to throw up.”

I draw two cards from the deck, taking a long, Sunday sip from my golden beer, a slither of lime sticking to my teeth. I angle my bottle to kiss the side of his. “This is the closest we are getting to a Mexican anytime soon.”

The beer that tasted so good seconds before started to taste sour like regret, as I clung onto the overwhelming but brilliant feeling of having endless options on a Sunday morning. “Why didn’t we just go and explore the New Forrest?” I ask, taking my turn. “Why didn’t we just get in the car and go?”

Aaron puts down three cards. “Or hopped on a train to Bath,” he suggests. “Or even Bristol.”

“Or we could have walked our entire slice of the south coast.”

We pitched idea after idea, suddenly rich with suggestions.

Aaron puts down three cards and a grin spreads across his face, the kind that can only mean one of two things.

Either the waitress is on her way with our second plate of pork tacos or, he’s won.