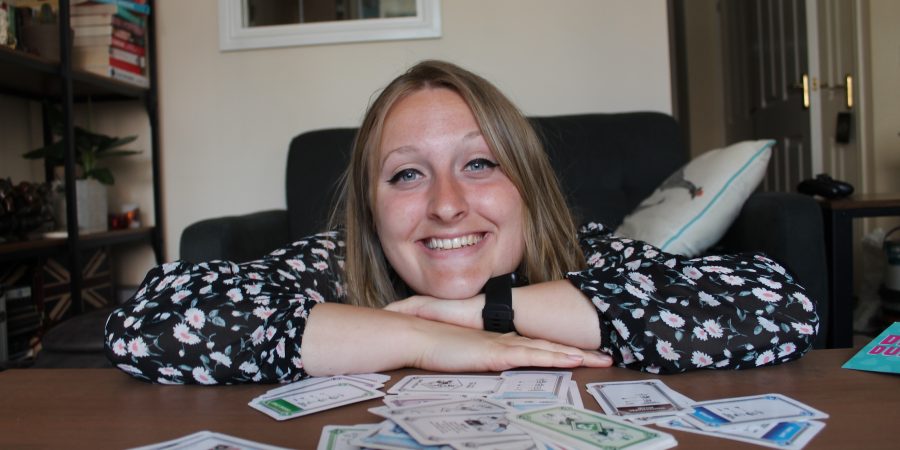 It’s 01:15 and I have just been speaking with one of my closest friends, having realised we were both bathing in blue light far too late into the night. Wide awake, we spoke about why lenses are circular but photographs are rectangular; we spit-balled podcast ideas and decided that the Queen should host a royal, motivational podcast (‘You can’t reign on me’); we discussed the ways in which furlough has disrupted our routine.

As hard as I’ve tried to maintain a semblance of a normal schedule, as my alarm bleeps at 7AM, something in the back of my sleepy mind knows I have no legitimate appointments to attend. I end up snoozing my alarm for an hour and a half before my phone makes the executive decision to cancel the alarm altogether.

As a furloughed twenty-something who doesn’t have anyone to look after or anything important to do in this time, once I eventually pull myself out of bed, I feel an overwhelming sense of duty to complete my daily to-do lists. I barely blink from 9AM to 6/7/8PM as I learn German and try to understand Excel; run or walk and maybe even complete a HIIT workout too. Of course, I need to read at least one book, alongside a few online articles by brilliant academics each week, try out a couple of new recipes and, if I remember, whip up a smoothie each morning.

After a successful start to last week where getting out of bed finally started to take just two refusals and I smashed my to-do lists (Monday saw me dust the whole house and recall the four cases in German grammar; Tuesday celebrated as I ironed and dedicated an afternoon to writing my long-awaited debut novel), Wednesday evening sent me a little off track. Aaron and I drunk prosecco and mojitos and danced to Yes Sir, I Can Boogie.

The next morning, with a fuzzy head and an underlying threat of nausea, I flunked my recent schedule. For the first time in the last month, instead of flying through sections of Duolingo and watching a ‘How to write your first novel’ video, I wasn’t a slave to my morning ‘self development’ regime. I, with caution, moved myself from the bed to the sofa, to lay horizontally, eat crisps and sip on diet coke at 9AM (sorry mum!), whilst watching The Crown. Three episodes later, Aaron and I ate Domino’s in the sun and it was as shameful as it sounds. For the first time in the last month and a bit, I truly embraced the nothingness furlough can provide.

I got burnt though so I guess that’ll teach me.

Weirdly, a month or so before lockdown I remember speaking to a friend, expressing frustration at the idea of not having the reward of a six-week summer holiday to look forward to ever again. It appears I jinxed it; about four weeks later, both he and I were furloughed. Alas, now with a whole summer holiday of furlough under my belt, I feel obliged to add to my list of furloughs and fur-highs, should you also have a lot of time – as in, all of the time – to occupy.

Since my Tiger King hangover was so severe, I have stayed away from anything that might make me feel that icky again (except wine, evidently). Below, therefore, I have put together a list of pretty trivial, albeit very genuine, furloughs from the last couple of weeks:

Office Ladies: I have become an avid podcast listener, charmingly recommending podcast after podcast to unassuming family members and friends. And Office Ladies is a must for anyone who loves The Office (the US version). When I head out on a walk with Jenna Fischer and Angela Kinsey passionately, and sometimes hysterically, chatting about an episode of The Office, you can guarantee I’m stifling laughter, settling instead to host a big grin on my face. The concept of this podcast is that Fischer and Kinsey watch The Office, one episode at a time, and then catch up together, sharing fast facts at tidbits on the specific episode, sharing insight into the actors and process too. Their love for their own show is contagious and once I have finished the podcast, I’ll be sure to binge the actual series again.

Normal People: Never has a novel so seamlessly been translated into a series. Not only does BBC Three’s adaptation follow Sally Rooney’s modern classic almost to the letter, but it’s like experiencing the story all over again, only in a slightly different light. I took, for me, the wise decision to watch this over the space of two weeks, dipping in and out of Marianne and Connell’s iconic, addictive and sometimes dysfunctional relationship in half an hour or hour bursts. Their will-they-won’t-they relationship is tantalising and draining, both for the characters and the viewers. I’m obsessed with this portrayal of a 21st Century relationship; of the perils of fragmented communication and the mark such a significant relationship can leave, apparent even as years go by, new relationships are entered and new countries are lived in.

The Quick Roasting Tin: Probably my most-used recipe book, The Quick Roasting Tin has been a solid companion over the last six weeks of furlough. When all you really need is a roasting tin and some basic (pretty interchangeable) ingredients, it’s a lazy chef’s dream cookbook. My favourite recipes are:

I have read lots of conflicting articles recently. Some tell readers this is the time to be productive, instructing you ‘how to’ make the most of lockdown, while others question what ‘productive’ should really mean right now. Of course there isn’t really a ‘one size fits all’ answer. As I begin my seventh week of being furloughed, however, I am starting to learn how to truly chill the furlough out.