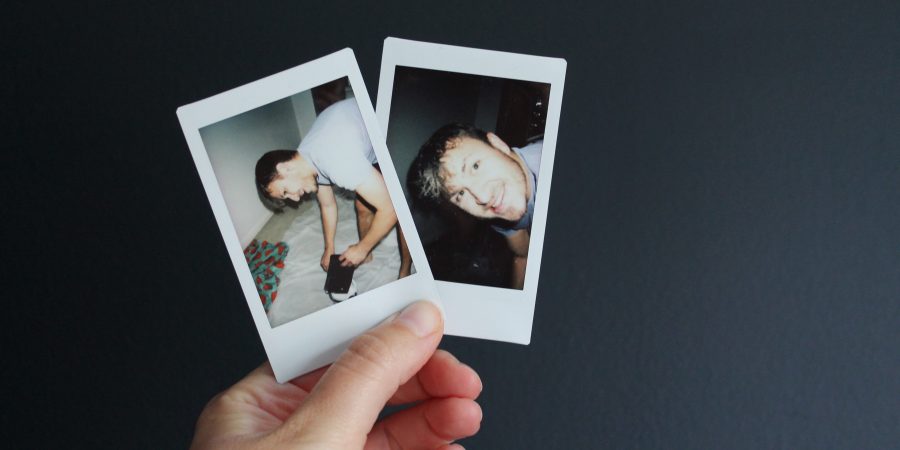 My boyfriend is a 24-year-old homeowner. It’s something I think is incredibly cool but also something that is not my achievement to explore or brag about. As his 24-year-old girlfriend, however, I must confess: As soon as I moved in with him, I felt ‘less feminist’.

It’s not that I pay him rent, but the fear that he thinks I don’t pay him enough (a figure he determined) or that, if anyone were to find out how much rent I pay to him – which, why would they? – they would think I am pulling a fast one. This fear and my paranoia leads me to think the current set up isn’t fair on him and results in me begging him to up my rent by twenty quid each month.

It’s not that anything substantial in it – the fridge; the washing machine; the IKEA furniture – is his and not ours; it’s that I financially can’t contribute to these white goods and ‘adult’ investments, as much as I’d absolutely love to. Mind you, my flinging twenty quid notes at him every pay day probably doesn’t help my financial capability.

And it’s definitely not that it’s his house, with an emphasis on ‘his’, or even that he reminds me that ‘this is my house’ because he doesn’t and, even so, it is his house. It’s the fear of slipping up and saying ‘our house’ and the self-chastising that would ensue, should I make this slip up.

It doesn’t take a scientist to decipher I am insecure about my living situation. And it hasn’t escaped me that this is all a bit self-deprecating. It’s just, the thought of anyone thinking I’m trying to claim a slice of Aaron’s achievement as my own sends my mind into a feminist overdrive. Even the fact I spend far more time in his place than he does (the perils of being a restaurant general manager and a homeowner) makes me feel like I should write Aaron a letter of apology. Although, he has just informed me, taking the bins out a little more often would be twice as meaningful.

I’m forever telling people ‘what a great job Aaron has done with his place’ and it’s true. Aside from the fact that he has invested, not only in a house but furniture, electricals and mould spray, I have actively placed myself on the side lines, terrified to overstep. In hindsight, many of my “Aaron, this is your house; this is your decision” speeches are me fuelling my own insecurities when, instead, I could just provide my boyfriend with my opinion on what mirror he should purchase when he asks for it. As, like he does with any investment, he asks for my opinion because he simply wants me to put in my two pennies worth.

Honestly, on top of being a girl living in her boyfriend’s place, I’ve barely done anything more than hold an IKEA part in its position while Aaron hammers away, or pretended to try and understand the instruction manual while I wait (impatiently, slightly miffed) for him to inevitably figure it out. Naturally, these far from self-sufficient admissions are entirely depressing and are confessions I’ll give myself a hard time about another day. Stay tuned for that up-beat sequel.

Last week, however, we spent our ‘mid-weekend’ decorating Aaron’s bedroom in this deep, awesome blue you see in the pictures throughout this post. And, Thursday evening, as we stood and admired our handy-work (ignoring the ragged edges a dark colour insists on leaving when contrasted with a white ceiling), I realised I’d finally contributed to Aaron’s home in a way paying rent and becoming obsessed with dusting hasn’t quite done it for me. I finally felt a little less unworthy and regained a little more of my feminist make up. More importantly, to me, I could see Aaron appreciated my input that has previously been masked by my fear of interfering or shocking inability to read an instruction manual.

I think what I have realised recently is that I’m using Aaron’s perfectly valid and brilliant, individual achievement to condemn myself into feeling ‘less feminist’. I am taking his success and making it my failure. I am taking something that is simply what it states on the tin – a thing that is my boyfriend’s – and making it about me. Above all, I know I’m making it about something I’m more generally and widely concerned about: Being a bit obsessed with paying my own way.

A part of my feminism is the relentless need to ensure anything I own or experience or enjoy is mine because I paid for it. When I fight with Aaron (and win) to make sure my contactless card beats his to the card machine after we order two drinks, Aaron says: “Sometimes I just want to buy you a drink,” he sighs. But it’s something that is hard-wired into the feminist commentary that buzzes around in my brain; something I know loads of, particularly, my female friends can empathise with. It’s because of this personal, and probably generational, manifesto that something can only be mine if I earned it –  whether that be literally through the exchange of my money or through hard work – that damages my ability to accept a very basic concept at face value.

My boyfriend asked me to move in and I said yes.

I don’t think I’ll be calling Aaron’s wonderful home ‘our place’ anytime soon, and I think I’ll still have moments where it doesn’t feel like I have a home that’s mine; like I’m floating between a stage where I live at my boyfriend’s and a stage, maybe a few years from now, where I buy my own place. But there’s nothing ‘un-feminist’ about moving your stuff (predominantly a good few boxes of books – sorry, Aaron!) into your boyfriend’s home. I’m not any less of a feminist (although I am probably due a lesson or two on How to Build Stuff) because my landlord switched from my mum to my boyfriend. I shouldn’t feel that sticky judgemental feminist guilt as I put a wash on in Aaron’s washing machine or load his fridge with packs and packs of halloumi.

What he actually wants, more than anything – although probably not more than my rent – is for me to accept his invitation to get involved in picking out what house plants he should get or what toilet bin he should invest in.

And for me to maybe get rid of a few books.