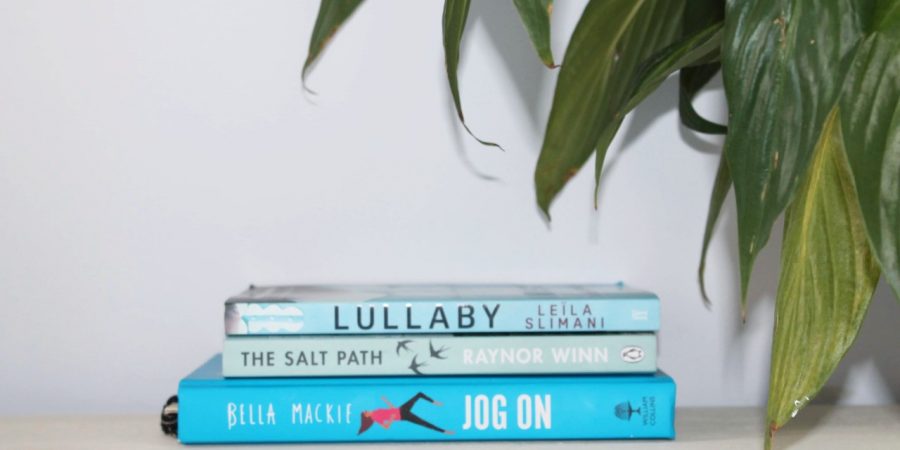 What better time to host a May book club than a few days before July? Oops. No surprises here but I’m still behind schedule; a good few chapters behind where I should be. But everyone loves an underKat so I’m going to keep going. Against all odds. So here’s a little round up of everything I read last month.

12. The Salt Path by Raynor Winn

I picked up The Salt Path because it was anywhere and everywhere. It’s got a pretty front cover and an endearing blurb. It gave me Etta and Otto and Russell and James (even though I’ve never finished this book) vibes.

The Salt Path is about Raynor and Moth’s journey that begins days after Moth’s told he is terminally ill. The couple’s home is taken away from them; their farm which is also their income. With the feeling of few choices, they decide to walk the South West Coast Path, from Somerset to Dorset. The Salt Path is like a coming of age novel that came a lot later but at the right time in Raynor and Moth’s lives.

I really liked The Salt Path but I think I’d have loved it, had it not followed to of my favourite books of all time (The Tattooist of Auschwitz and Everything I Know About Love). What I loved about the book was learning about Britain and the little historic facts sprinkled throughout. Although it isn’t in my favourite reads of this year so far, it was still a good’n and I totally get why it’s raved about. Not a favourite, but recommended nonetheless.

I was given Jog On by Bella Mackie for my birthday and I knew instantly I’d be a fan. Bella Mackie took up running at the lowest point of her life. Her husband had left and her mental health issues were at their worst. For the first time ever, Bella laced up her trainers and headed out for her first run.

Jog On is a brilliant account of Bella’s relationship with running. She assures the reader that it’s not always easy (in fact, the first five minutes are never enjoyable) and it isn’t a mental health cure. However, running has been her relief and the reason she has overcome so many of her fears. Jog On taught me so much about mental health and how running can assist in softening daily struggles. Just reading about Bella’s genuine love for running made me fangirl about our mutual hobby. Jog On also provides really helpful and insightful information on different mental health problems; another reason this book is absolutely brilliant.

I borrowed Lullaby off a friend from work who liked it but didn’t rate it that much. Lullaby is set in France, about a nanny who changes Myriam and Paul’s lives, looking after the children while they’re at work… Even while they’re not at work. She’s the dream nanny and everyone knows it.

My favourite thing about this book was how delicate the narration was; it’s a translation from French and I can only imagine how beautiful it would read in its own language. I loved how it felt like it was set a hundred years ago but it was modern day. It was such an intense read, with the feeling of unease lingering with every word. To me, it almost felt like the anti-thriller, and I really liked that about it.

I don’t want to say too much more about it, in fear of ruining anything… It’s quite a little book. I personally really enjoyed Lullaby… until the end. The end felt like the anti-thriller upped the thriller and, to me, it felt a little ridiculous. I do recommend Lullaby, nonetheless.

Hopefully I’ll be sharing with you my June book club a little earlier next time around. What have you been reading?