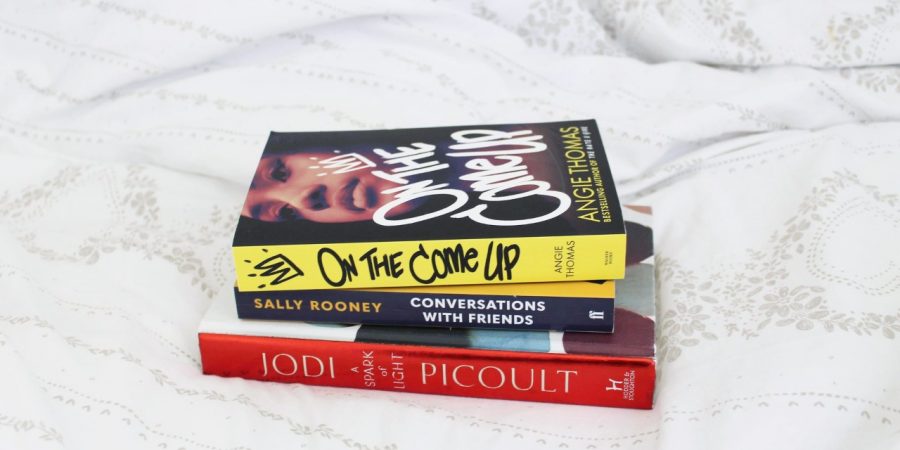 If I thought the first two months of 2019 were good reading months, then March was pretty fab. So I am still blabbing on about reading 52 books this year and while, shock, I’m still behind, I’m feeling okay about it. Especially since I’ve been reading books I’ve adored. So if you want to check out what I’ve been reading in a far less waffly way, check out my Goodreads account. Otherwise, this is what I read in March…

7. A Spark of Light by Jodi Picoult

A Spark of Light… My very first Jodi Picoult read, but definitely not my last. I have been meaning to read Jodi Picoult, the Queen of fiction, for forever and a day but I finally got around to it at the beginning of March. I picked up this book in Asda, read the blurb, and knew this had to be my very first experience of Picoult.

This book had me hooked from the very first chapter. A gunman has hostages held at The Centre, an abortion clinic. The negotiator’s daughter and sister are in there with him and he has no idea why. But he can’t focus on that now. He has a job to do; and his family to save.

My favourite thing about this book is how this story is told; it unravels backwards, giving us an hour by hour account of the happenings and the stories of the nurses and patients involved. It’s so brilliantly intelligent and ensures you want to keep finding out more and more. Picoult represents abortion and all of the beliefs the world has, whilst also challenging pro-life believers and America’s gun laws. It’s such a powerful story.

8. Conversations with Friends by Sally Rooney

Although I liked Normal People, I wasn’t quite on the same hype as everyone else. I had already, however, purchased Sally Rooney’s debut novel, Conversation with Friends before I even started Normal People. I assumed I’d feel a similar way to how I felt about Normal People, however…

…I REALLY enjoyed this one. It’s about Frances and Bobbi; who used to be in a relationship but are now best friends. A well-known journalist, Melissa, interviews them and takes photos of the two of them; with an obvious interest in them, they soon become friends. Frances and Bobbi spend a lot of time at Melissa’s house with her husband, Nick. But things and feelings start to shift when Frances and Nick become closer.

I was addicted to this read; the friendships and relationships are so complex that I just needed to know more. It ended up as a 4/5 rating on Goodreads, though, because I felt the end became very similar to Normal People- maybe if I read Conversation with Friends first, this wouldn’t have been an issue. My advice to you is to start off with Conversations with Friends if you somehow haven’t yet read Normal People!

9. On the Come Up by Angie Thomas

The Hate U Give by Angie Thomas was one of my absolute favourite books of 2018. I spent a lot of last year excited for her next novel, On the Come Up to be released and I finally got around to reading it this month. Although I didn’t love it QUITE as much as The Hate U Give, it was still a really Bri-lliant read.

The pun that you probably don’t understand being that this is a story about Bri, an up and coming rapper who has a chance to make a name for herself and some money to support her struggling family. On the Come Up is about Bri’s passion and the assumptions people make about black people. It’s about her and her best friends, Sonny and Malik as well as her mum, Jay and her brother, Trey. On the Come Up is about standing up for what you believe in and the importance of friends and family.

Thomas has such a way of making you feel like you’re IN the book with her awesome characters. You feel what they feel and she easily creates books that are fun and charming whilst they also tackle issues black people face everyday. Again, Thomas has written a book that will stay in my bookish heart forever.

I’ve managed a three-book month but I need to up my game. I’m on my tenth book of the year, which is the so far very funny, Everything I Know about Love by Dolly Alderton. With a handful of bank holidays on their way, I’m hoping I can get my Goodreads looking healthier in the next couple of months.

One Reply to “A March Book Club”