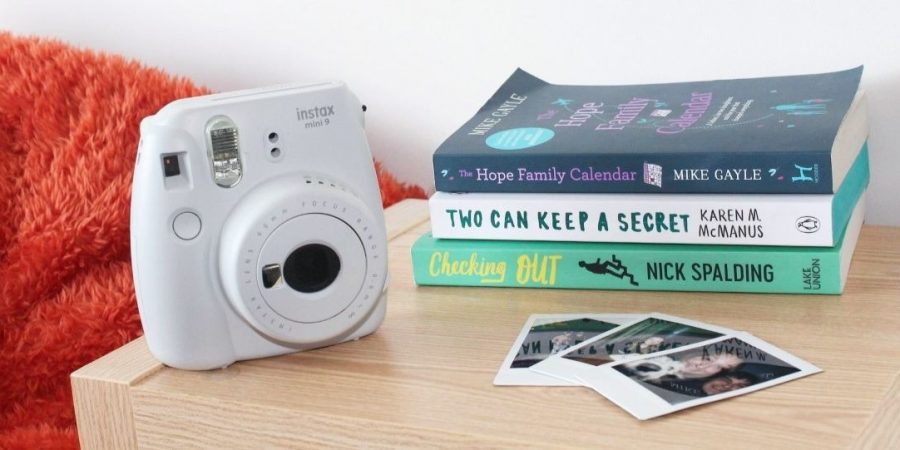 This year is the year I’m going to complete my challenge to read 52 books… Maybe. I can’t even publish the round up blog post in the correct month and I’m at least two books behind schedule but, HEY, I’m trying. In January I read 3 books, as did I in February. At the very least, I’m consistent… February was an absolutely LOVELY month for reading and I’m going to tell you about it, just after you have to look at this lame attempt at me trying to get a “blogger’s” photo.

4. Two Can Keep a Secret by Karen McManus

With Karen McManus’s One of Us is Lying making my fourth favourite book of last year, I was so happy to come across this in W. H. Smith early on in January. McManus just knows how to do high school meets whodunnit and I had high hopes for this one.

Ellery and her twin move to their mother’s hometown to live with their gran while she’s in rehab. Although seemingly idyllic, Echo Ridge has seen its fair share of heartbreak. With two murders unsolved and a killer who is apparently ready to strike again, Ellery will not rest until she solves the crime.

Although I had some minor problems with it (I don’t think we saw enough of Ezra, Ellery’s twin and I felt part of the story wasn’t rounded up very well), Two Can Keep a Secret was still marked up as a 5/5 on Goodreads because I just loved it. And, my god, the ending… Haunting.

5. Checking Out by Nick Spalding

I kept seeing a Nick Spalding book pop up as an advert on my Facebook timeline and headed over to Amazon to check it out. I instead came across Checking Out by Spadling and loved the sound of it. In the Amazon basket it went, ready for my three days in Dublin. It was quite the travel companion.

Nathan James learns he is going to die just as his life is really beginning. With death staring him in the face, he questions every choice he’s ever made and explores what choices he now needs to make, from giving to charity and leading a better life. It’s not too late for a journey to self discovery or maybe even a little love.

Checking Out is Graeme Simsion meets Mike Gayle and that’s the kind of double act I’m down for. It’s absolutely hilarious whilst being very touching and hard-hitting. I’m big on novels having an equal balance in story and character development. I think Checking Out hits the nail on the head. I completely recommend if you’re looking for something that has a lot of substance but a good layer of fun, Checking Out is your next book.

My mum sung Mike Gayle’s praises for years and years before I finally listened, after unwrapping The Man I Think I Know under the Christmas tree last year. So when she asked me what I wanted for my birthday last month, a Mike Gayle novel was the answer. And she gifted me with The Hope Family Calendar.

When Tom Hope’s wife dies in a car accident, their home isn’t the same. Tom is a broken man and his two daughters find a new parent in their grandmother. Upon Tom getting arrested, Linda, Laura’s mother says enough is enough and she leaves her beloved granddaughters to go to Australia for a well-deserved break visiting her best friend. But will Tom step up to the challenge? And how will Tom cope when he’s been so detached from his daughters for a whole year?

I predicted this read would end up as a 5/5 review on my Goodreads account, but due to a little predictability it ended up as a 4/5. I was a little disappointed with guessing a significant part of the plot but, more than that, I was just a bit disappointed in this twist. All the same, the book is heartbreaking but funny, thought-provoking and charming. Now, to find the next Mike Gayle book to read…

I have been absolutely loving reading. This February was one of my favourite Februarys of all time and these three books definitely contributed to this fact. I am currently reading A Spark of Light by Jodi Picoult and it’s inTENSE. I can already tell it’s going to be brilliant.

Tell me what you’ve been reading?!