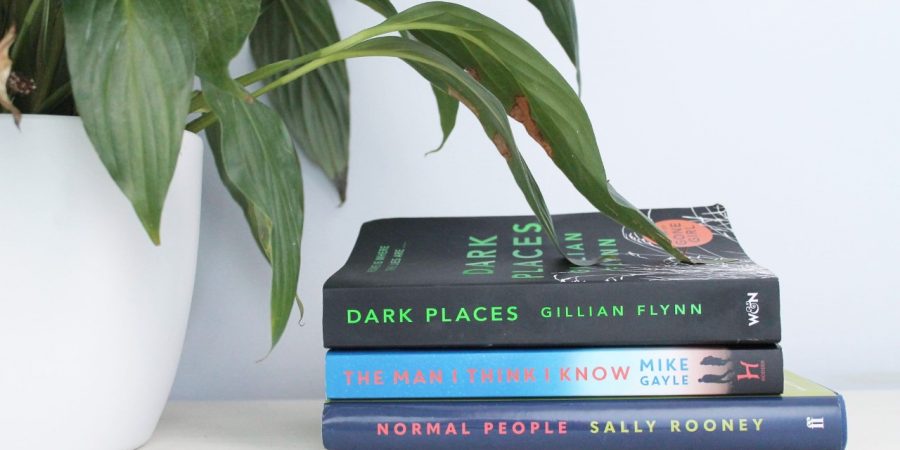 After setting myself the challenge to read 52 books this year (despite failing this very challenge last year), I thought I’d, once a month (normally at the end of the month but my blog went kaput for a while there), write up a round up of all of the books I’ve finished. In January I read three books (yep, already behind schedule) and here’s what I thought of them!

1. The Man I Think I Know by Mike Gayle

The Man I Think I Know is about James Dewitt and Danny Allen; two men who were boys at the very same public school 15 years before they wind up in each other’s lives again. The two of them were going to be King’s Scrivener Boys’ School’s most talked about successes. But once school is over and they enter the world outside of King’s Scrivener, two very different tragedies land them on another path entirely.

Danny’s dole money is being stopped and he needs to finally get a job. James was an MP before The Incident that meant he was to move back in with his parents, under their care. James’s parents are off on holiday and his sister has insisted he will have a nice time at the home he’ll be staying in the meantime. James is less than convinced. Just when Danny and James need a bit of courage, they find each other.

I am so glad I started the year off with this novel; without a doubt the most charming book I’ve ever read. I will be reading as much of Mike Gayle as I possibly can this year; if I felt like how I felt after finishing this book every time I closed a story for the last time, my Goodreads shelf would be looking very happy indeed. The Man I Think I Know is about getting a second chance at life and taking it by the reins, having a bit of faith in yourself and finding a friend to share it all with.

Normal People is about Marianne and Connell. They grow up in the same town and at the same school in Ireland but are from very different walks of life. While Marianne comes from money and goes through school as a “loner”, Connell’s mother is Marianne’s family’s cleaner and Connell rarely walks the school halls alone. As the popular guy in his year, no one would ever have thought he’d end up pursuing Marianne, least of all Marianne.

Normal People is about Marianne and Connell’s on-and-off-again relationship but resilient yet fragile friendship that spans over the ten or so year period of the novel. Normal People explores class and status, sex and relationships, as well as depression. Normal People is very raw; it almost feels like your inside the characters’ heads. The narrative is so intricate you almost feel like you’re invading their space. Normal People is a very intelligent book and a couple of paragraphs would never be enough space to discuss it within. A few weeks after finishing it, though, and I’m still not sure what I think.

I read this as part of a book club at work and thought it was going to be my bag. I could speak about this book forever because I’ve got so many mixed feelings about it but I think, overall, my issue lies in the fact it’s a wholly character-driven book and, while character development and focus is my favourite aspect of a book, I need a lot more plot to back it up. For me, I didn’t feel there was a lot of story to Normal People. Regardless, it’s definitely worth a read because you’ll almost certainly get yourself into some in-depth literary discussions when someone asks (and they inevitably will), “Have you read Normal People?”

Dark Places is another thriller from Gillian Flynn that had me from the very first chapter. Libby Day’s family were brutally murdered by her brother twenty-four years ago. Libby put forward the evidence to put her brother behind bars and she’s spent every day since terrified of those around her.

When she begins to run out of money, she looks for alternative routes to ensure she doesn’t have to take up a job. After being contacted by a group who have their very own theories about the night, none of which that point the finger at her brother, Ben, she undertakes an investigation to answer their questions and get some money in her pocket.

I picked up Dark Places after reading Sharp Objects towards the latter end of last year. I really loved this book, as expected. However, I was a little miffed by the ending, in a similar way to how I felt after Sharp Objects. Nevertheless, I did love joining Libby on her quest to find out what really happened that night and it’s the kind of gripping you sign up for when you buy a novel by Flynn.

Although one book behind schedule, I’ve already spent a good chunk of this weekend reading Two Can Keep a Secret by Karen M. McManus and suspect this will be finished by the time the weekend is up. January was a pretty good month for books, especially with The Man I Think I Know becoming one of my new all time favourites, but I plan on February being even better.

What have you been reading?