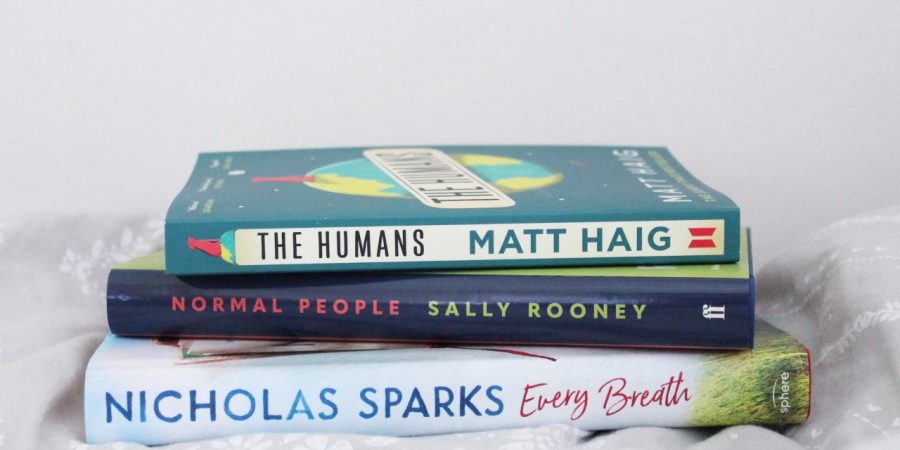 So about that reading challenge I set myself on the first of January.

The one where I said I’d read 52 books this year and, subsequently, review them on the blog. I won’t be making any excuses (my mum passed the 52 mark a couple of months ago) but I will try my best to add at least a couple more to my grand total of 29 books read this year. I mean, compared to the handful I read in 2017, I’m not going to beat myself up; I’ll just be careful before I make any more online New Year’s Resolutions.

Well, I’ll give it my best shot one more time before I hang up my bookmark.

Every Breath by Nicholas Sparks

I am quite the Nicholas Sparks fan. I’ve spent most Christmases for the last eight years, snuggled up with Sparks’ words and a warm feeling in my belly. I exchanged Christmas presents with my best friend on Friday and I was delighted to see Sparks’ newest fiction; I, of course, begun reading that evening.

Based loosely on a real story Nicholas Sparks stumbled across, Every Breath is about two strangers who cross paths at a confusing and difficult time in each of their lives. Hope is doubting her relationship and has returned home to see to her father who has fallen ill. Tru has never met his dad but has travelled from Zimbabwe in the hope to understand his history.

“When these two strangers’ paths cross, their chance encounter sets in motion a heart-breaking story – one that will transcend decades, continents and the workings of fate.”

At the start of August I said goodbye to working a good few jobs and had a go at handling just the one full time job. When I started, my colleagues pitched the idea of a team book club and, being the book nerd I am, I was all ears. We read the absolutely genius This is Going to Hurt and are now to read the Waterstones Book of the Year, Normal People. And I am pumped about it.

This is a story about Connell and Marianne; the two of them grew up in the same small town in rural Ireland and both earn a place at Trinity College in Dublin. Normal People is a modern love story about “how a person can change another person’s life.”

The Humans by Matt Haig

I first got to know Matt Haig’s writing through Reasons to Stay Alive, one of the best non-fiction reads I’ve had the pleasure of reading. Last Christmas, I received and adored one of his works of fiction, How to Stop Time. After closing that masterpiece, I promised myself I’d read more of his work. Eleven months later I ordered The Humans, a book so highly thought of. And I’ll be opening this up sometime this Christmas.

The blurb reads: After an ‘incident’ one wet Friday night where Professor Andrew Martin is found walking naked through the streets of Cambridge, he is not feeling quite himself. Food sickens him. Clothes confound him. Even his loving wife and teenage son are repulsive to him. He feels lost amongst a crazy alien species and hates everyone on the planet. Everyone, that is, except Newton, and he’s a dog.

I don’t really believe I’ll get through all of these books before 2018 is up, but hopefully I’ll finish all three before I head back to work in the New Year. Reading on the sofa, beside twinkling lights is my favourite part of any Christmas break. So Merry Christmas; I’m going to shutdown the blog and open Every Breath back up.