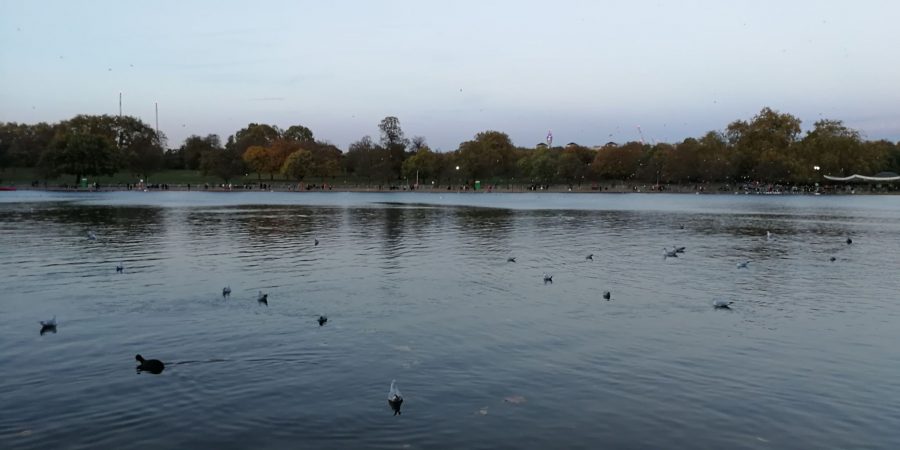 Last weekend, Aaron and I had a booked-well-in-advance rarity: a weekend together. We stepped onto the train and towards the unknown; a whole Saturday in each other’s company with three-for-one-pound sweets and sweet chilli crisps in our bags. It was already too much… I slept the whole way. As soon as we arrived at London Waterloo, we were already in the zone. Being big fans of London and the hustle and bustle, we walked towards our hotel, dipping in and out of shops as we did so, fully admiring the city in its element as it showed off in all of its weekend glory.

It was a slow day (in the best kind of way, although maybe not in Aaron’s opinion!) where we didn’t feel the need to do anything other than wander. Living pretty close to the capital, we’ve done all of the tourist favourites a million times and we enjoyed not having a purpose until later in the evening. After dropping off our bags at the hotel and getting our Saturday Evening Outfits on, we headed back into the centre (via the most perfect autumnal evening), towards The Haymarket Theatre, for the main reason of our trip. But first, food!

As both foodies and lovers of all food at that, Aaron and I always struggle to pick a restaurant. If we could eat in four restaurants in one night, we definitely would (I mean, I think I’ve got it in me). With only a couple of hours to spare, there was no time for being indecisive. We turned a corner to find a Thai restaurant (Busaba) and were instantly sold. After slurping on my mojito (while Aaron nursed Asian beer, Chang), we delved into our prawn crackers (with sweet chilli sauce that was to. Die. For) and calamari (really odd-looking but the prime reason you should never judge a book by its cover). The restaurant has a really relaxed vibe; with large tables that are shared by multiple different couples and a general very sociable feel. As aubergine’s biggest fangirl, I went for the Thai aubergine curry which is also a vegan option. Aaron chose the black pepper beef noodle dish. My dish took a little while to grow on me but I’d definitely recommend it. Creamy and rich, it was kind of a dream. I am very excited to head back again and try out something with more of a kick.

Soon enough it was time to go and see Heathers, the musical that is only in London for a further two weeks. I was super excited to, not only be in London with Aaron for the weekend, but to see a show on a Saturday night. West End theatre on a Saturday evening is a more every day Christmas Eve for me. I have been listening to a few of the main songs on the soundtrack for the last half a year and couldn’t wait to see the songs performed on stage. And the cast didn’t disappoint. Every single actor blew my trainer socks off. Don’t-cry-they’re-just-doing-their-job notes were hit over and over again in this unbelievably challenging soundtrack and I spent the majority of the night shaking my head in disbelief. While I was in awe of the cast and their talent (Carrie Hope Fletcher slayed despite having tonsillitis!), I was actually a little bemused by the storyline. Although hooked from the very first scene, after a few songs, I became increasingly baffled. I still enjoyed it and was invested in what happened; I just didn’t see the plot unravelling how it inevitably did. It’s a similar feeling to how I felt while watching A Simple Favour at the cinema a couple of months ago. Overall, however, Heathers really was fantastic and I’m still a massive fan of the soundtrack.

A couple of G&Ts accompanied my evening post-Heathers but it was soon the morning and time to check out of the hotel. Unsure of where to go, we hopped on the tube and decided to head to Camden Town- a tourist favourite I’d never actually ticked off before. Aaron guided me through the epic market, pointing out delicious-looking stalls showing off food he assured me was de-licious. We pointed at all of the different and brilliant trinkets, toys and gifts. Any market is Aaron’s happy place but I was just as sold; Camden is awesome.

Food-wise (let’s get down to business) my day looked like this:

Upset to admit defeat to the weekend that was beginning to retire, we were soon on the train and then home, watching Netflix and Instagramming pictures from our trip. Trips to London are always a highlight of any year and last weekend was definitely a top five 2018 memory for me.