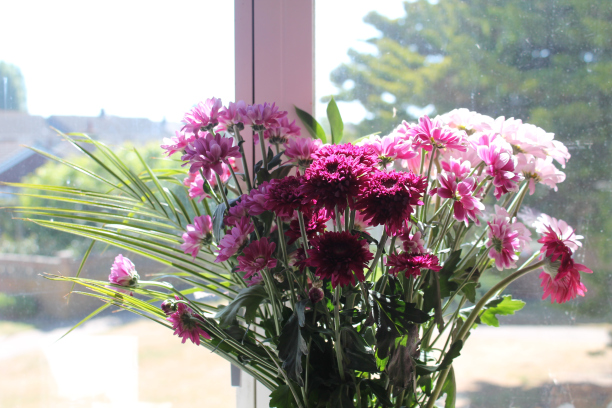 I come from a family of morning people. In my house, a sleep in means waking up at seven in the morning and waking up past eight requires a disapproving glare. Admittedly I am not as devout to seven AM as the rest of my family; if I’m honest, however, the rest of them should probably see a sleep doctor. As today is my day off, I kept my bed company until half eight this morning (yippee!) but, when my alarm sounded, I was delighted. If there was a fan club for mornings, I would be in it. My mum would be the manager and my brother would be the assistant manager. But I’d very much be there too, bragging about how much I love that first part of the day.

Being a morning person, however, doesn’t automatically mean you’re in the infamous subsection, “Productive Morning People.” In my household, this is where we strive to be. It’s not always possible and Sunday Brunch and The Greatest Showman soundtrack (and subsequently performing each and every song with your mum) often impedes this. Dare I say it, though, we are a productive bunch and, when we get it right, we get it right by the time the rest of the world has set off for work. After having lived around productive morning people for all of my life, I think I have a few pointers if you too want to become a regular in the Productive Morning People Club. So listen up.

Naturally setting your alarm even over an hour earlier will give you oodles of time to play with in the morning, but just thirty minutes can make the world of difference. And when you think about it, waking up at six instead of half six doesn’t make that much of difference to your right to moan about not having enough sleep.

What you can get done with an extra thirty minutes on your hands:

Keep your room/house a clean space

When I wake up to a floordrobe (term coined by my friend Lissa), cluttered shelves and a cable maze on your carpet, it’s hard to feel inspired by the morning. Tidy space, tidy mind (I think you saw that coming) and all that. As soon as I’ve tidied my room, I feel far more accepting towards my wake up call. When you wake up to an easy-to-live-in space, your morning’s objectives will be a breeze. First and foremost because you haven’t got your entire book collection to trip over.

How to make your living space an extra inviting place to wake up in (besides just moving to the Maldives):

Get an early morning workout in

I will never stop endorsing the power of early morning endorphins. While I arguably prefer an evening run, I always feel the benefit of waking up early to get to the gym or throw a few miles into the mix. Sometimes you can even tell who’s switched their morning coffee for a workout; morning endorphins are a powerful thing. When you’re leaving the gym at seven o’clock in the morning, you’ll believe the rest of the morning is your oyster.

Besides the obvious “go to sleep earlier” and “have a good breakfast” advice, there are so many ways to make being a productive morning person easier. And with the UK being graced by 10/10 weather, it’s easier than ever to use the bright mornings to your advantage.

P.S. Can we actually make a fanclub for mornings?