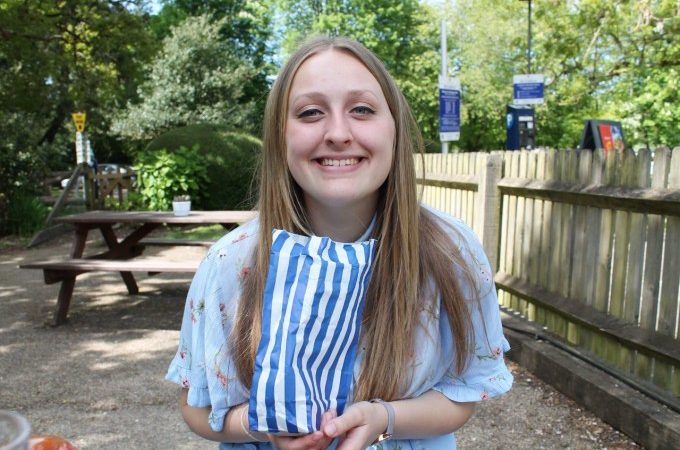 I used to spend the majority of my pocket money on DVDs. Nothing thrilled me more than going to ASDA and buying a film I’ve wanted to purchase for forever before it finally was priced at £4. I still own every one of these films and could never ever imagine getting rid of the likes of Confessions of a Teenage Drama Queen, The Perfect Man or Step Up. For the last few years I’ve found very little time to watch a film at home or even go to the cinema, apart from to see any Marvel film with my brother. Recently, however, the film geek inside of me has seen the cinema as a second home. Today I thought I’d tell you about three films I saw and loved last month.

Love, Simon tells the endearing love story of Simon and “Blue,” both gay teens at the same school. Both too afraid to tell the world and even tell each other who they really are. They confide in each other, share their worries of coming out and become each other’s safe place. Love, Simon is my favourite high school film; we see that awkward but brilliant teenage friendship we crave to see on the big screen and fall in love with the close-knit family Simon is a part of. Love, Simon’s obvious social commentary and less obvious sub-text provides the, on the surface, light teen film, with a really important narrative. I am so glad I got to see Love, Simon at the cinema. I’ve not sobbed so silently at a film in a long time.

Thanos has a plan. The Avengers aren’t big fans of the plan. The premise of every truly great superhero movie. And, hell, is this a great one. Avengers: Infinity War features all of your favourite Marvel superheroes plus a few more, as they endeavour to intercept Thanos’s plan to retrieve all six Infinity Stones to make true his dark plans. With a pick ‘n’ mix in between my brother and me, we probably spent the duration of the film with faces that resembled the shocked emoji. You have to see this at the cinema before it hits the shelves.

My boyfriend and I are not horror fans. On the few occasions we’ve ended up in the darker area of Netflix, Aaron hides behind me in the scary parts and, once, when Aaron moved his arm, I screamed so loudly Aaron screamed back at me. I’d be lying if I said the casting of John Krasininski and Emily Blunt wasn’t the first reason I was drawn to seeing A Quiet Place. I did, however, love the film, independent of the cutest couple in Hollywood. A Quiet Place takes place on an Earth whereby terrifying creatures exist that kill when they hear sound. The family in A Quiet Place must survive in silence, doing everything to avoid the nearby monsters. A Quiet Place made me feel on edge and frustrated. While it’s a horror film, it’s also a story about a family who will do anything for each other. As intense as it was, it was also heart-warming. A Quiet Place also made me realise just how loud cinema-goers are. Warning: This is not a popcorn-eating kind of film.

Now to go and raid my DVD collection.