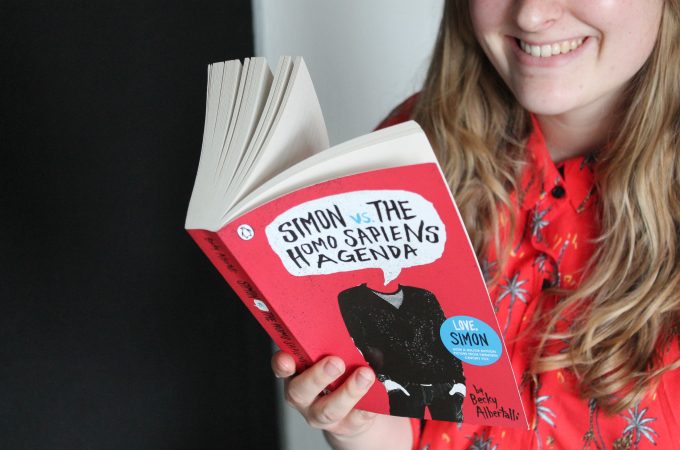 As a straight person, it was hard to ignore the niggling thought in my head telling me there was something toxic in the floods of tears that attacked my face throughout seeing the film Love, Simon. I wiped away yet another tear as the credits rolled and I turned to my boyfriend. “Did you like it?” He nodded. “Definitely one of the best films of the year.” For the two hours I spent falling in love with the movie adaptation of one of my favourite books (Simon vs. the Homo Sapiens Agenda), I immediately understood something a male friend once said to me. He explained that while he wants to talk about feminism and always will, there’s always a slight feeling of discomfort in championing the movement. Because he’s male.

I’ve not experienced “realising” I’m gay while society around me declares it’s not the “norm”; I’ve not had to then tell my friends and family my “news” because my sexuality isn’t the “default.” As a straight person, I can’t relate. Because society’s rules on sexuality have always been on my side. I didn’t have to fear bringing my boyfriend home for dinner to meet the family one Saturday night; I didn’t expect any uproar when I posted the first selfie of us online, and nor did I receive it. While I felt whole-heartedly for Simon and his worries, there was something that felt a bit wrong in my uncontrollable sobs. Love, Simon brilliantly questions, “Why is straight the default?” When it comes to sexuality, I have had it easy in every sense of the word. And I’ve had it easy because straight is the default.

So why do straight people need to see Love, Simon?

Although the world shouldn’t be surprised to see a poster for a film about a gay teen and his coming out story, it is crucial the LGBTQ+ community is represented in every sphere of entertainment. In every sphere of life. Although the social commentary and heartbreaking subtext is something I could talk about forever, the film is brilliant in many other ways too. The mystery of who Blue (Simon’s anonymous email-er) is, is played out wonderfully in the film. I adored the high school movie kind of vibe and that it valued family and friendship as much as it did the film’s love interest. It’s the perfect summery, feel-good film and you really have to see it while it’s in cinema.

Although I fear this post looks like a straight person making something about them that isn’t about them, I really believe that: Just because a conversation isn’t about us, it doesn’t mean it doesn’t involve us.