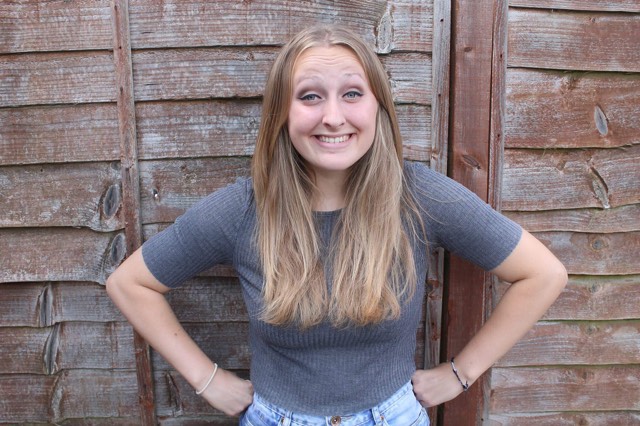 Of course we need to be celebrating women all day every day, but there’s nothing like International Women’s Day to help a feminist smile as soon as their alarm goes off. (Well, after snoozing it three times and finishing their second cup of tea of the day.) It’s on days like these when we see women all over the world posting Instagram posts dedicated to their favourite women, we nod ardently at empowering quotes and pledge to be better at supporting girls and women. It’s also, importantly, a day to really analyse the state of equality.

At the weekend, everyone and anyone was talking all things The Oscars. My brother and I were sat in the living room when a clip of an actress was shown on the news. She said something along the lines of, “Let’s not make The Oscars about women’s rights.” My brother scoffed, “Isn’t it the perfect platform for such a discussion?” In response, I informed him about Piers Morgan’s ridiculous article titled, “And the winner of Best Victim goes to… who cares?” I know. I know. I shouldn’t even entertain the words of He Who Should Not Be Named but I am, regrettably, the kind of person who searches YouTube for videos of Piers Morgan talking nonsense (if I had a penny for every time he did such a thing…) about women’s rights just to get some inspiration.

In light of Harvey Weinstein’s horrific actions and gross misuse of power, The Oscars is exactly where these important discussions need to take place. We’re finally properly having long overdue discussions about what goes on in the film industry; we’re learning truths that we need to learn about. Seeing such a big entity come under such intense scrutiny allows the world to see this is how we should be investigating all areas of life. For us to be reminded of this lesson, The Oscars and other such events are doing exactly what they should be doing by putting the spotlight on women’s issues.

I think The Oscars paid fitting and poignant tributes to gender inequality, as well as to diversity and misrepresentation this year. I was relieved to see actors and actresses were not silenced by Ignorance saying shut up and sit down. A sentiment so archaic but obviously still prevalent today. As soon as the curtain fell, however, we got to see how Ignorance reacted.

I unfortunately stumbled across a Forbe’s article which said it’s “Times Up For Cleavage On The Red Carpet At The Oscars.” Yeah, we’re giving Emma Watson a grammar lesson, so I think we should be giving this writer a lesson (or three, at that) too. I’ll sum up the whole article with one of the writer’s utterances: “Looking at actresses with plunging necklines, I was reminded of slutty nurses, cats and witches on Halloween.” We’re of course drawn to discussing who wore what and there’s nothing wrong with that. I just felt flabbergasted and heartbroken and every disappointed kind of emotion you could possibly feel, to not only see such grim words written about women, but to see a woman had written these particular words. I really do take issue with people telling others how they should dress. I take even more issue with people deciding what someone’s outfit says about them and what they stand for.

There is some good news; there is a lot to celebrate. Today is a day to hold the world accountable but today is also a day to give a round of applause to womankind. So, I thought I should end this piece with a few recommendations of things that keep me fist-pumping, even when it feels like the world is against us.

Time’s up for sexism and inequality. The credits have rolled for the last time. Happy International Women’s Day to all.