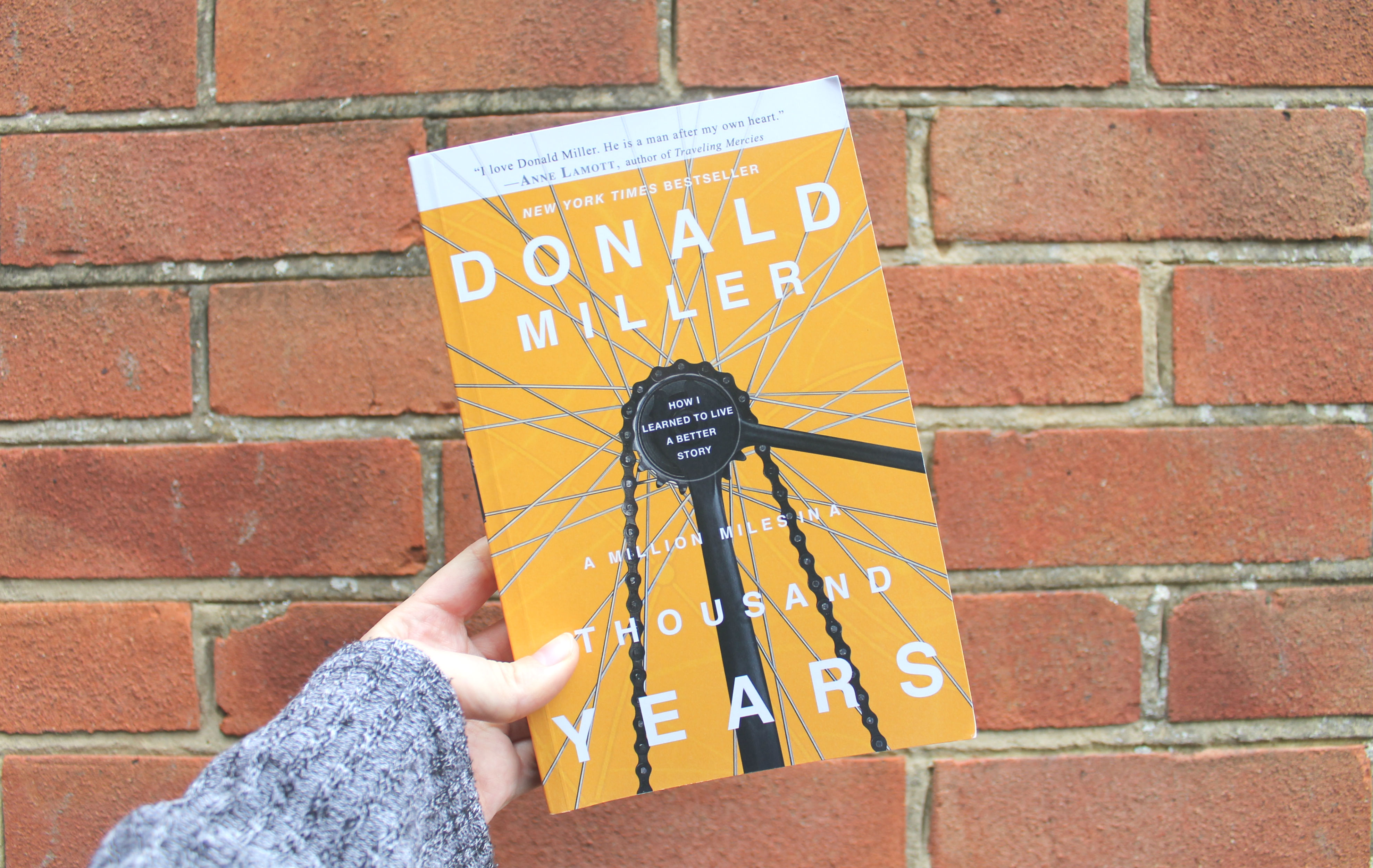 Over on my Goodreads account I have set myself the challenge of reading fifty-two books this year. I have always been a bookworm but, last year, I didn’t prove it. Considering I’m an aspiring book editor and a wannabe author, it really makes no sense that I didn’t spend much of last year reading- especially as I believe we should always be reading. The second book I have read this year is A Million Miles in a Thousand Year: How I Learned to Live a Better Story by Donald Miller. With a cup of tea by my side, I’m here to tell you my thoughts on it.

A Million Miles in a Thousand Years is the story of Donald Miller. It’s a memoir whereby Miller writes about his story that took place over the time he and two others wrote the screenplay for the film about the character, Don, who is based on himself. Miller shares his journey of learning what makes a good story; the kind of story we go to the cinemas to see. In understanding this, Miller realises he is not living an award-winning story and endeavours to change this.

A Million Miles in a Thousand Years opened my eyes to everything Miller opened his eyes to. Being a  writer and, particularly, a story-teller, this book taught me bundles about what it is that makes a good story. But first, Miller learns, you need to learn to live a good life. This book is filled, cover to back, with personal stories Miller lives as well as stories his loved ones experience. As a wannabe story-teller, I adore hearing real-life, inspiring, charming and poignant stories. Miller tells readers of many.

My most favourite story he told was about his friend whose daughter was to be attending her prom soon. She buys a dress and shows her dad and he doesn’t know how to react; and how he does react isn’t how he wanted to. Once his daughter has left, he puts on his suit and goes to see his daughter. He asks his daughter for a photograph together which, in turn, leads to he, his wife and his daughter dancing around and telling stories until one o’clock in the morning.

Upon purchasing this book, I hadn’t realised Miller’s faith would be such a prevalent theme throughout A Million Miles in a Thousand Years. Being someone who likes to see through other peoples’ eyes, I did enjoy reading about his adventures which were experienced alongside his religion. I also found it interesting to see how religion helped him and his loved ones in their own stories. While very interesting, I did struggle with how heavily religious parts were. This, by no means, means I believe Miller shouldn’t be writing about his religion and nor has it put me off of his writing. Quite the opposite; I intend to read more of his work this year. For me, I simply found I’d sometimes lose the meaning of Miller’s points, for our views were somewhat contradictory.

I think my favourite part of this book was the fact that, as Miller was writing a story for the big screen, he began to live his very own blockbuster. We see him overcome personal struggles, complete challenges Miller previously wouldn’t have dared even start and, as a result, he becomes better at living.

I rate A Million Miles in a Thousand Years by Donald Miller as 4/5! <3

“You can never get a cup of tea large enough or a book long enough to suit me,” – C.S. Lewis.