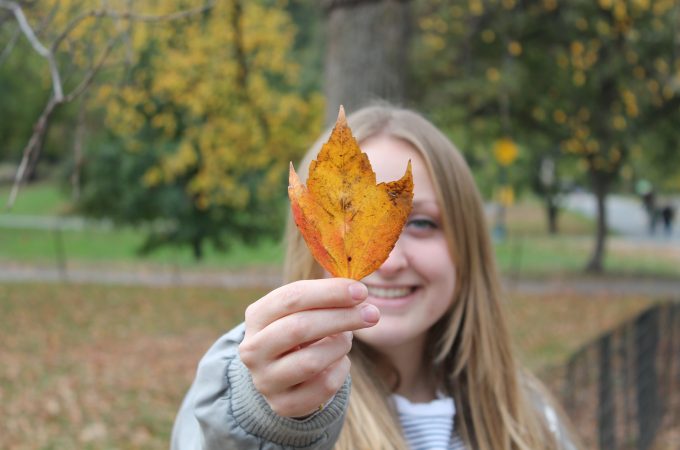 After a busy and brilliant first day, our second day wasn’t looking any quieter. But who really goes to New York City to relax?! I was particularly excited for day two- the day of Central Park and the Empire State. And I assure you, it didn’t disappoint. The day went from a quiet park walk (my favourite thing!) to a busy sightseeing extravaganza. Tarryn and I were really getting to grips with the city by this point, despite only having been there for just over a day. We set out into the city early Thursday morning and below outlines the story of our second day!

Autumn was latching onto New York City when we visited. Day three might have provided us with the coldest weather I’ve ever experienced, but New York sported yellow, orange and green this early/mid November. Central Park almost celebrated the season of autumn and we made the most of this by snapping away at every opportunity. Central Park is exactly what you’d hope it to be like… and more! We were lucky to experience Manhattan’s favourite park with far fewer tourists, dog-walkers and runners than I expected. I enjoyed making Central Park our very own centre stage for a few hours while we soaked up one of the most beautiful places in the world.

We wanted to hop on the bikes you’re able to rent at Central Park but, due to time, we didn’t. It’s on my bucket list to head back to the greatest city in the world and explore as much of the gigantic Central Park as possible. Only next time, I’ll do so on the seat of a bike. Bellies rumbling after yet another cookie breakfast from Empire Cake, we found ourselves at Gabriela’s- Mexican Restaurant and Tequila Bar. We were particularly excited for this but Tarryn was a little disappointed by her choice. I, however, went for the yummiest chicken quesadilla to accompany my yellow cocktail- which I’m certain only included tequila!

Next stop: the unbelievably glorious Empire State Building. Without a doubt in my top three favourite experiences of New York (along with Central Park!), the skyscraper provided us with the most incredible sights. I, of course, pretended to be Annie from Sleepless in Seattle as I wondered around with awe in my eyes. I found it hard to peel myself away from the top deck when we decided to leave. I wanted to keep taking pictures; none of mine seemed to do the view justice. It’s hard to explain just how magical it is up there but take my word for it; the views are happily imprinted in my mind.

Our night was supposed to pave way for seeing Macklemore. We hopped on the subway and then in a yellow cab because we struggled to find the venue, Terminal 5. Once we did, however, we realised our tickets were for the following day- DOH! With plans to see a Broadway show the next day, we had to sell our tickets and decided to head to the local Brooklyn Diner where Tarryn ate one of her favourite veggie burgers and I picked at a sundae (I’d previously munched on a Starbucks sarnie!).