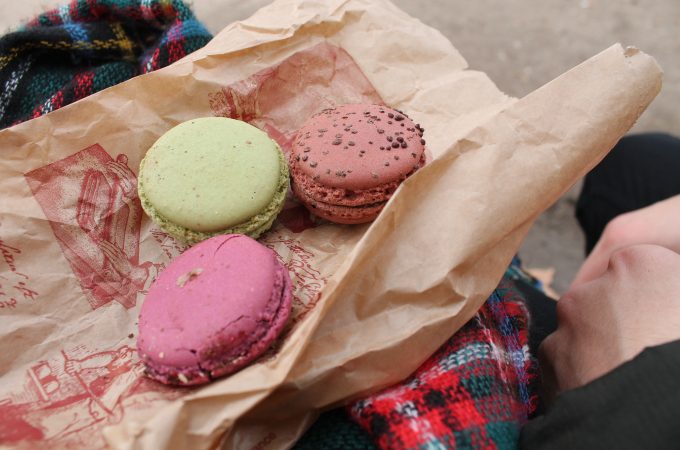 Last week my boyfriend Aaron took me to Paris for my 21st birthday, allowing me to continue my self-centred obsession with celebrating my birthday. Thank you for that. The people, the culture and the beauty round every corner made for the most amazing four days. Paris is as breathtaking as you are told it is. The touristy bits and the really far from touristy bits are dreamy and brilliant, and I miss it a lot.

We arrived in Paris in the morning of Tuesday and despite having very little sleep, it was hard to feel sleepy. The buzz that compliments the easiness of Paris was too captivating to spend a day with my eyes half shut. After dropping our bags off at the hotel we headed out with the hope to find the Eiffel Tower. Paris rained on us but our spirits were not dampened. We became more and more lost but ended up finding really cutesy spots in Paris that I’ll never forget. The quiet spots that tell us another story about Paris. After staring at the tower for a while (it had stopped raining at this point), we found cover from the (then) persistent rain and tried a French beer. It reminded me a lot of when we went to Dublin and would pop into a restaurant or pub for an excited natter about the city and our plans with a beer. We then out the Arc de Triomphe and soaked up its history. By this point Paris was shining and we decided to take advantage of the under 25  free pass to walk up to the top. And man, there were a lot of stairs. Once we got to the top we both were stunned. It was an incredible view and we didn’t want to leave. That evening we headed to a restaurant close to our hotel and both had duck – rose – and red wine. It was delicious. I will dream about that meal for ever.

On the first night Aaron handed me an envelope with a Dumbo Tsum Tsum (teeny tiny Disney stuffed toys) inside as well as tickets to Disneyland. EEK! Being a giant Disney fangirl, I was over the moon. The feeling of magic and happiness that overcame me upon stepping into the happiest place on earth is a feeling I won’t ever forget. I won’t talk too much about it now because I plan on writing a post about it but I smiled. I laughed. I… cried. To finish off one of the best days ever Aaron and I headed out for dinner by the Eiffel Tower and tried snails. I was delighted that I found it far easier to remove the snails from the shell than Aaron did. Mwahaha. We loved them!

Day three evidently relied upon my abilities to make my neck look as natural as possible in photographs. We dedicated the morning to tourism, the afternoon to finding lovely, less busy parts of Paris, and the evening made room for one of my favourite touristy adventures and a taking in of French culture. We visited to the Louvre, the Notre Dame (I was looking for Quasimodo) before finding ourselves happily lost in the stunning streets of some of the quieter parts of Paris. It was a gorgeous day and pathetic fallacy has never been a truer thing. In the evening we took a boat ride through Paris before I had a steak and an incredible creme brulee. I also tried some of Aaron’s steak tartare and loved it- despite raw meat being a very odd concept to me.

After breakfast, Aaron and I headed to our favourite patisserie to try some more macaroons. The previous day we tried a raspberry one and a salted caramel one- we found the raspberry one perfume-y but the salted caramel a dream. We let the man choose our flavours which were pistachio, vanilla, raspberry and chocolate. Upon a lovely blogger’s suggestion, Aaron and I made it our aim to find Parc Des Buttes-Chaumont. I fell in love. I want to go there in the summer time with a picnic (i.e. baguettes, croissants, pain au chocolats, macaroons and red wine). But I happily settled for it being our destination to try our macaroons. We adored them all but raspberry actually became our new favourite. After some red wine, it was a nostalgic au reviour to Paris. For now.

We stayed in the beautiful Hotel de l’Avre which has to get a mention. We had breakfast included which was made up of croissants, pain au chocolats, baguettes and yogurts. It was beyond yum and set me up for each day a good’n. I want to visit Paris again in the summertime (not that I mentioned that at all in this post) and would happily return to the hotel we stayed in because it had a gorgeous garden I really wanted to take advantage of. I must also say thank you to the lovely Brooke from The Student Traveler for some brilliant Parisian advice (awesome blog!) and you can check out her posts about Paris HERE! I will be documenting my Paris trip more over the next week in order to have my own online diary to look back on!